Different CD variants, a CD and Blu-ray version, download but also vinyl, in all these varieties the new collector’s edition “John Lennon Gimme some truth” is to come on the market, whereby one speaks of The ultimate Mixes, thus indicating a completely new mixing and thus also Remaster.

As with The Beatles themselves, it is well known that John Lennon’s entire oeuvre is now available in a wide variety of new variations, from individual albums on CD and vinyl to collector’s boxes, most notably the Lennon Album Box, which has been available as an audio CD, but also as a limited edition vinyl set for a good five or six years.

Now another offer for collectors is to be added, and probably also for those who want to get a cross-section of John Lennon’s work on solo paths in the most compact form, because this is called a best of in the best quality so far, even the ultimate best of in ultimate quality, in short “John Lennon Gimme some truth – The ultimate Mixes”.

The new album is supposed to be all about the 80th birthday, which John Lennon would celebrate this year on October 9th. Consequently, “John Lennon Gimme some truth – The ultimate Mixes” will actually be released on October 9, 2020.

The album will be based on completely remixed versions of the original multitrack tapes, which should result in a fresher, more appealing and harmonious sound than all other albums available so far. As a result, the recordings have been remastered, of course, and all technical possibilities for the different forms of delivery have been completely exhausted.

So this album will not only be available in different CD versions, in different vinyl variants and as normal or hi-res download, but also as 5.1-channel surround mix and even as Dolby Atmos Immersive Surround Sound mix, whereby these have strictly speaking nothing to do with the originals, because a multi-channel mix was not found on any of Lennon’s albums.

Paul Hicks is responsible for the remixing, who already worked on the album “Imagine – The Ultimate Collection” Series in 2018 together with Sam Gannon. The remixing of the original multitrack tapes at Henson Recording Studios in Los Angeles was largely based on original vintage analog equipment, which had been optimally maintained. The mastering was then also done analog at Abbey Road Studios in London by Alex Wharton. The mastering for vinyl was also done by Alex Wharton at Abbey Road Studios. The producers were, how could it be otherwise, Yoko Ono Lennon and and Sean Ono Lennon, who also selected the most extensive version of 36 songs.

But even the simplest form of presentation of “John Lennon Gimme some truth – The ultimate Mixes” with its 19 titles does indeed provide a good overview of John Lennon’s work from 1970 to 1980 or even 1984, because strictly speaking “Milk and Honey” is an album that Lennon worked on during his lifetime, but which was not released posthumously until 1984. The other albums provide an even more comprehensive overview.

The 19 tracks also include the single vinyl edition, although this is ultimately a double LP. Then there are the 36 track 2CD and 4 LP version, different versions as download and streaming, including a 24 bit 96 kHz audio stereo and surround version, as well as Dolby Atmos versions, which are said to be available at Amazon Music HD and TIDAL. The new surround mix is also included in the double CD set as Blu-ray, which contains all 36 tracks in 24 bit 96 kHz stereo, 5.1 channel surround, and Dolby Atmos.

Of course, the Deluxe versions of the new album also include a booklet, which on 124 pages once again contains background information, interviews, and numerous photos, some of them allegedly previously unreleased. Also a poster, two postcards and a sticker are included.

The new album is supposed to be all about the 80th birthday, which John Lennon would celebrate this year on October 9th. As a result, “John Lennon Gimme some truth – The ultimate Mixes” will actually be released on October 9th, 2020. The album will be based on completely new mixes of the original multitrack tapes, which should result in a fresher, more appealing and harmonious sound than all previously available albums. As a result, the recordings have of course been remastered, using all the technical possibilities available today for the different delivery forms. 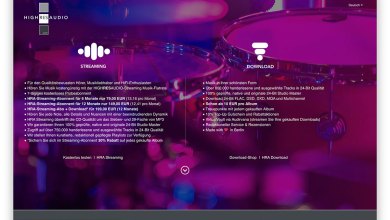 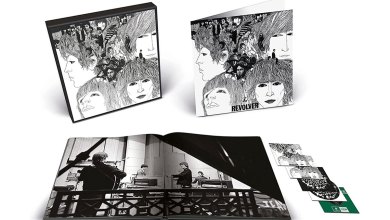 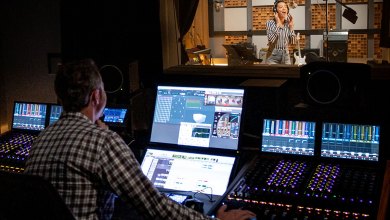 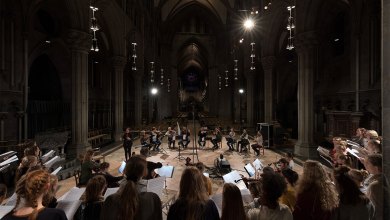