Pro-Ject Audio Systems wants to set no less than a new standard for analogue authenticity with the new album of the Pro-Ject Audio Systems Vinyl Edition, which represents a true masterpiece of recording art. It is a cross-section of Richard Strauss’ sound poems, recorded in the 1950s and 1960s with Herbert von Karajan and the Vienna Philharmonic.

Herbert von Karajan is regarded as one of the most significant conductors of the 20th century, probably not least because he has recorded countless albums with a wide variety of orchestras over his decades-long career. Wikipedia lists about 700 recorded works by about 130 composers for Herbert von Karajan, with over 300 million recordings of his name sold worldwide. Admittedly, in the last years of his life he was probably also a driven man, who played many a production like off the assembly line, putting quantity before quality, probably also in view of the fact that the proven advocate of the audio CD newly introduced in the 1980s wanted to immortalize as many works as possible in digital form.

In retrospect, it is all the more astonishing that the aforementioned advocate of the audio CD is one of the conductors who produced the most legendary analog productions from the 1950s and 1960s, whether opera or symphonic works.

During this period, Karajan made several legendary recordings, first with EMI, then with the Decca in London, before beginning his collaboration with Deutsche Grammophon in 1959.

It is extremely difficult to select individual recordings from this creative period of Herbert von Karajan’s life as particularly outstanding, as one masterpiece after another was actually released, many of which are still regarded as reference recordings from both a musical and technical point of view. This is primarily due to the fact that in these years no less than the best was allowed for classical recordings, beginning with the choice of the orchestra, the conductor, but also the technique, the technicians, and last but not least the choice of recording locations.

In those days, for example, the Vienna Sofiensäle were considered one of the best recording locations, and were thus used for countless recordings. Among these recordings, Pro-Ject Audio Systems now presents another Pro-Ject Records release, “Richard Strauss” with the Vienna Philharmonic Orchestra conducted by Herbert von Karajan.

The present album is a cross-section of Richard Strauss’ sound poems, and is part of Pro-Ject Audio Systems’ “Analog Era” cycle of twelve legendary recordings of the Vienna Philharmonic Orchestra.

It is a double album which opens with “Don Juan, Op. 20”. No more than exactly 17 minutes and 4 seconds are thus found on side A of the first album. The B-side of this album is the longest, whereby no more than 23 minutes and 55 seconds are found on “Death and Transfiguration, Op. 24”. The same applies to the second recording medium, on which the most famous composition from the pen of Richard Strauss can be found, namely “Also sprach Zarathustra, Op. 30”, divided into its two sides.

Pro-Ject Audio Systems took great care to ensure that the dynamic range of the record could be fully exploited by playing it for as short a time as possible on each side.

In general, quality without compromise once again stood above the entire production, which has its starting point in London, because this is where the master tapes and press shop copies of the legendary analogue recordings of Decca and Deutsche Grammophon from the 1960s and 1970s are stored, which form the basis for the Pro-Ject Audio Systems vinyl cycle. Even after all these decades of storage, the quality of the recordings is still astonishing, says Georg Burdicek, who was entrusted with all technical aspects of production. Georg Burdicek, with his Tonzauber-Studios located underneath the Vienna Konzerthaus, is considered a proven expert and took over the transfer of the tapes as well as the mastering. For this purpose, he was able to fall back on a Studer 810, which of course was maintained and optimally prepared beforehand according to all rules of the art. As further equipment, an all-tube mixing console and exclusively analog equalizers were used to achieve a pure analog recording and to meet the requirements of the recording. The high effort paid off, because the result delivers a variety of sounds and dynamics that, according to Burdicek, sound like more than the actual measured values suggest. He even goes so far as to say that the new album can easily keep up with the original from the middle of the last century, even surpassing it in terms of dynamics and smoothness. The production process of the sound carriers by the German specialist Pallas, which has also been optimised in all respects, is the main reason for this.

A vinyl series such as the Pro-Ject Audio Systems Vinyl Edition is not a mass product, but is manufactured with special care, according to the clear statement of the world market leader in record players. With this series, Pro-Ject Audio Systems also wants to preserve the current state of irreplaceable recordings as a cultural asset for posterity.

We make the best possible condition for our customers, and as the tapes continue to age, the vinyls reflect the acoustic condition of 2019.

The new album “Richard Strauss” in the recording of the Vienna Philharmonic under the direction of Herbert von Karajan is now available in specialist shops. The price is € 39,90

Deep, barely perceptible humming from the tremolo of the low strings, a fanfare from afar, timpani beats announcing great things, before the full force of a symphony orchestra breaks through the scene and everything leads to tremors of the organ. Epochal sounds cannot be captured by the sunrise. With the introduction to “Also sprach Zarathustra”, Richard Strauss succeeded in creating one of the most powerful orchestral pieces, which was captured in probably the most powerful form by Herbert von Karajan together with the Vienna Philharmonic in the 1960s, and is now available in pure analog power on the new album by Pro-Ject Audio Systems.

isoFORMS Unit Base Saucer – Based on functionally graded materials 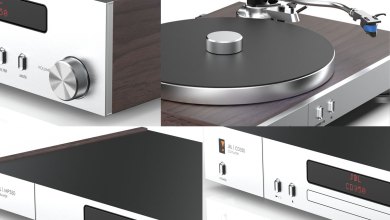 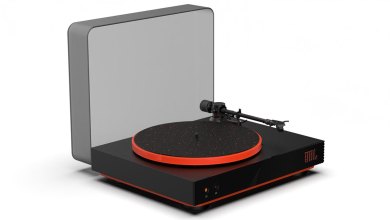 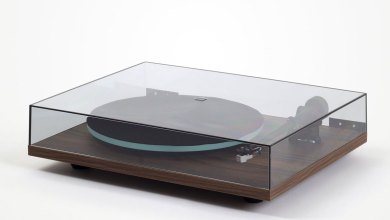