Roon Labs LLC. itself has been offering the possibility of using televisions as so-called Roon Displays for some time, via Google Chromecast. With TV:Remote App for Apple TV a Roon Extension is available, which also turns a TV into a display for Roon via Apple TV, but also provides some essential control functions such as zone selection, playback control and volume control.

The app itself costs only € 2.79 and can be downloaded directly from Apple TV in the appropriate App Store. When you call it up, you first have to select the Roon Core, i.e. the actual music server. In most cases this is done automatically without any problems, at least in our test the Roon Core was recognised immediately and could be selected. If this does not work at first go, you can also manually enter the IP address of the Roon Core, which can be found in the Roon settings.

For the next step of the installation you have to switch to a Roon app, either on your smartphone, tablet or on your PC or Mac. In the settings under the Extensions section, TV:Remote App is now listed and only needs to be activated.

Now the complete installation is finished and you can start selecting the app on your Apple TV. Here you first determine the zone that you want to control. All available Roon Ready Devices are listed here, as well as those solutions that are available and approved for Roon music playback via Apple AirPlay or Google Chromecast in the network. In principle, all zones that are available for selection in the other Roon app are listed here.

The app then displays the music being played in each case, flawlessly with cover artwork in a small format, as well as filling the screen by alternating a possible photo of the artist with a section of the cover artwork. That this really looks very nice.

In addition, there are some essential control functions available, namely play or pause, rewind and forward for the selection of the last or next track. It is not possible to navigate directly in the media library alone, the songs that are available here are determined by the selection in another app, be it a complete album that you select or a playlist. Thus the so-called play queue is always displayed.

However, if you have activated the so-called Roon Radio, i.e. the function that selects further suitable titles from your own media library or the supported streaming services Qobuz or TIDAL on the basis of the music selection made, this is of course also supported and you can jump on title by title. You can also activate the loop function, so that a playlist is played through again and again.

In addition, you can choose between normal playback according to the specified sequence or random playback, and of course you can also control the volume.

Admittedly, this extension for Roon does not completely replace the usual Roon apps, but it is an extremely fine additional option for fast playback control. It also looks really nice when you play music in a relaxed way and have the cover artwork in front of you on your TV. In this respect, the investment in the TV:Remote app for Apple TV is well worth it, because what it offers is worth the mere € 2,79.

Of course the TV:Remote app for Apple TV cannot replace the usual controller apps around Roon, that’s not their job. It is rather a so-called Roon Extension, which spices up the music playback via Roon a little bit optically, namely via an Apple TV and a TV set. The rudimentary control functions are quite sufficient, especially since you can easily control it here using the remote control of the Apple TV or even that of the TV. And at a price of only € 2,79 … 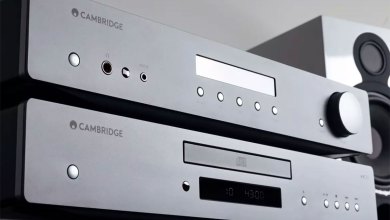