Great British Sound, this is the motto of the English hi-fi company Cambridge Audio, and has been for over 50 years. All the experience gained in these decades is to be found in the new product line.

With the new Cambridge Audio Evo Series, however, the aim is to combine audiophile sound quality with a timelessly elegant design language and thus to win over not only the existing customer base, but above all new customers for whom good sound is part of the modern lifestyle.

Of course, this also means taking a particularly simple approach in every respect. This is why the two all-in-one systems Cambridge Audio Evo 75 and Cambridge Audio Evo 150 are at the centre of the new product line, because they combine all the possibilities of modern hi-fi systems in one solution. In addition, the systems are particularly easy and intuitive to operate and, how could it be otherwise, music streaming provides great flexibility in the choice of content.

“For us at Cambridge Audio, evolution means more than just improving sound and enhancing listening pleasure. So we were particularly keen to transform the convenience and ease of use of hi-fi without compromising on sound quality and performance. Evolution means bringing hi-fi into the future, adapting it to current lifestyles and ensuring that the products look as good as they sound. Evo is the product we’ve been working towards for over 50 years.”

In fact, the appearance of the new All-in-One systems completely breaks with the design language followed by Cambridge Audio so far, at least in large parts.

The all-in-one systems Cambridge Audio Evo 75 and Cambrideg Audio Evo 150 have a very simple front, reduced to the absolute essentials, which is largely taken up by a 6.8-inch colour display. To the right, there is only a massive rotary encoder and a headphone connection.

The sides are adorned with optional panels in fine walnut wood or honeycomb-shaped elements in black. The housing itself is made of metal and seems to float due to its inwardly tapering base.

It should also be emphasised that these are solutions that do not correspond to the usual standard dimensions of hi-fi, but are much more compact. The All-in-One systems are only 305 mm wide.

There are also subtle differences in the D/A converters used, which, how could it be otherwise, are a central component of modern all-in-one systems.

There is no lack of connections on either system, although there are differences here as well. The Cambridge Audio Evo 75 already offers all relevant options on the digital level, including an HDMI interface with ARC (Audio Return Channel) to connect a TV directly, and of course analogue sources can also be integrated. The Cambridge Audio Evo 150 also has a balanced input in the form of XLR connections and an integrated phono preamplifier, even if this is reserved solely for drives equipped with MM cartridge systems.

In addition to the already mentioned connection for headphones in the form of a 3.5 mm stereo mini-jack, both systems also have a preamplifier output to bring active subwoofers into play.

Bluetooth in both directions

The two all-in-one systems Cambridge Audio Evo 75 and Cambridge Audio Evo 150 are also equipped with Bluetooth, whereby a Bluetooth transceiver is used. Not only smartphones, tablets and other mobile devices are used as a source, but Bluetooth headphones can also be controlled. All this is done using aptX and aptX HD, so that content can be transmitted not only in “CD quality”, but also hi-res audio with at least 24 bit and 48 kHz.

First and foremost, it can be used to access one’s own content in the network, whereby the corresponding app for Apple iOS and Google Android guarantees convenient control, and essentially UPnP serves as the basis. All relevant formats can be played back, including content in hi-res audio.

In addition, this platform also allows direct access to leading streaming services, such as TIDAL including TIDAL Connect, and also processes content encoded in MQA. Internet radio, Spotify including Spotify Connect are also part of the standard equipment.

In addition, the Cambridge Audio StreamMagic Technology is compatible with Apple AirPlay or Apple AirPlay 2, supports Google Chromecast and is Roon-ready.

Incidentally, the integration into the network is done in the simplest case via WiFi, whereby a module with 2.4 and 5 GHz is used to guarantee the best possible signal quality for high data throughput rates. A classic network connection via cable is also available as an alternative.

In the course of the year, the two All-in-One systems are to be expanded by a source device that is still important for many, namely a so-called CD transport, the Cambridge Audio Evo CD.

In return, the Cambridge Audio Evo CD is supposed to be equipped with a particularly accurate drive and thus guarantee an exact reading of the CDs.

As if that wasn’t enough, a pair of speakers is also to be added to the new Cambridge Audio Evo Series this year, namely the Cambridge Audio Evo S. There is as yet very little official information on this, it is merely stated that these will be beautifully shaped sound transducers that have been specially developed to harmonise perfectly with the other Cambridge Audio Evo products in terms of sound and aesthetics.

The speakers are compact, playable and designed for brilliant musical enjoyment.

The new Cambridge Audio Evo Series is already being launched with the most important components.

It is an extremely exciting product range that Cambridge Audio is now launching with the new Cambridge Audio Evo Series. All the functions that a modern hi-fi system must have are skilfully packed into an elegant, very compact form factor and combined with intuitive operation. It may seem surprising at first that the premium segment is the target, but it’s probably exactly the right decision, as it caters to the sophisticated modern lifestyle. In other words, people who have a sense for aesthetics and something special and who also want this in consumer electronics systems. 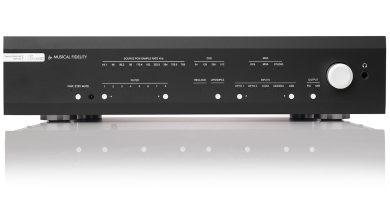 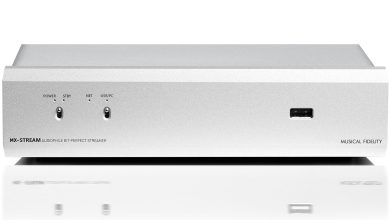 Metronome and Kalista – Numerous Premieres at the High End 2022